When you've had enough of fishing

When you've had enough of fishing 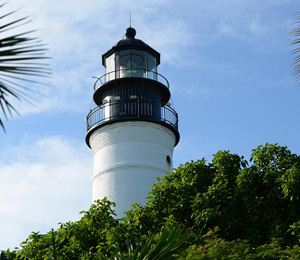 Must-Visit Historical Sites. You probably knew that Ernest Hemingway had a home in Key West (more about this in a moment). But did you know that President Harry Truman stayed on Key West’s naval base in quarters that became known as The Little White House? And that the small house is open for tours?

When you've had enough of fishing Information

The Harry S. Truman Little White House is located on the Key West Naval Station (disestablished in 1974). The small building, constructed in 1890, was first built as officers’ quarters and since then has sheltered six presidents, as well as such notables as Thomas Edison. Truman used it the most of any president, however, staying at the home (usually in the winter) for 175 days during his presidency (1946-1952). This little-known gem is definitely worth a visit and tour.

Hemingway’s home also is open for tours. Located in the heart of Key West on Whitehead Street, the home (built in 1851) was purchased by the writer in 1931. It still contains his furniture and also is home to the descendants of his famous many-toed cats. Hemingway left Key West and made Cuba his home in 1940; the wife with whom he shared the home, Pauline, lived there until her death in 1951. Hemingway would visit the house from time to time until his own death in 1961. Descendants of the woman who purchased the home from his estate now operate the house and its grounds as a museum.

Other Attractions That Deserve a Visit. Who doesn’t enjoy the romance of lighthouses? If you love them as much as we do, then you need to head over to the Key West Lighthouse and Keeper’s Quarters (at 938 Whitehead Street). You can walk up the 88 steps to the top of the decommissioned (in 1969) naval light tower and look at and learn from the many photographs, belongings and writings of some of the keepers and their families. The lighthouse is a maritime museum.