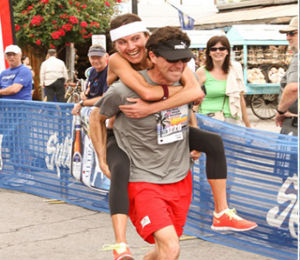 If anyone has ever had the pleasure to have a Key West vacation in the winter months, can appreciate the cool, crisp breezes while being outdoors. The weather of the Florida Keys during the winter months has been described as the perfect time to be exercising outdoors. Some days may be a little too nippy for a dip in the ocean, but working up a sweat while feeling cool is a great duo.

The Key West Half Marathon is one of the most popular marathons within the whole year. Usually done in January, the Half Marathon precedes the big Key West Marathon, 5K. Runners are set to begin the race at 7 a.m., with the starting location pending around the island. The race will usually start somewhere in Key West’s historic area of downtown, and lead it’s way to the area of the waterfront.

The run around the island will take place on a flat course with great scenic views. The course for the marathon is about 1.5 miles for the half marathon, and 3.1 miles for the Key West 5K. The two races are done on the Saturday of the weekend of the event. After the race, runners are encouraged to celebrate with each other at one of the many sponsoring restaurants. Runners can go replace all those calories they just burned, and satisfy their thirst with a big beer at Charlie Mac’s, the Rum Barrel, or Island Dogs.

The runners then take the rest of the weekend to enjoy a day off from training to do some other type of activity. Usually they take the time, soak up the sun by doing cool things like visiting the Dry Tortugas, going on snorkeling tours, or enjoying one of the many Key West sunset cruises. Some competitors enjoy cooling down after the big race by attending a museum that’s indoors, like the Ripley’s Believe It or Not! Museum, or the Mel Fisher Maritime Museum and see real life treasure found in Florida’s water. But most of the time, you’ll find our runners doing a Key West eco tour the day after the race.

On the Sunday after the race, there is an award ceremony that is also optional for racers, which includes raffle prizes, and raffle tickets given out. This is the perfect opportunity for racers to meet with organizers, other runners, and vendors who supported the event. The final day of the entire event is on Monday, which will have the Farewell Party in the evening, and have the Special Awards Mixer.