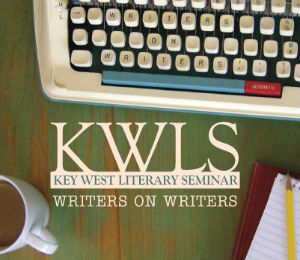 The Key West Literary Seminar was made and catered toward writers, and gives writers the chance to gather and bounce ideas off of one another. The writers that attend this seminar will be completely inspired by their tropical and lush surroundings of Key West. The Seminar gives writers new and fresh ideas, and ways to think.

Founded in 1983 by David and his Wife Lynn Kaufelt, the Key West Literary Seminar was run by the Council for Florida Libraries. In 1987, the Seminar started a board of directors to run it, and became a tax-exempt corporation, with many very well-known authors serving on the Board of Directors. This includes Judy Blume, Harry Matthews, James Gleick, and William Wright, to name a few. Some honorary board of directors have included some famous celebrities such as Jimmy Buffet, Barbara Bush, Annie Dillard, Robert Stone, and Alison Lurie.

Every year the Key West Literary Seminar host a new theme to learn about. Some past themes have included: “Hemingway: A Moveable Feast”, “Tennessee WIlliams in Key West”, “Literature of Travel”, “Journalism”, “Humor”, “Poetry”, and “Wondrous Strange: Mystery, Intrigue, Physiological Drama” are just a few to name.

The Key West Literary Seminar used to be held at the Tennessee Williams Fine Arts Center that is located at the Florida Key Community College until 1993. In 1993, the Seminar was moved to the San Carlos Institute on Duval Street. The San Carlos Institute is a historic building is located on Duval Street, and was partially funded for construction by the Republic of Cuba in the 1920’s.

Every year, the Seminars’ format has remained the same format since the first one in 1983. Writers and authors will include readings, literary walking tours, panel discussions with authors as well as cocktail parties with meeting other attendees. Every year, the event is host to many literary speakers, who will do reading from their excerpts, answer questions, and discuss their writings with other writers.

This is one of the many things to do in Key West, and a great one to attend for any aspiring authors. For more information on the seminar schedule and to register and buy tickets, visit the official Key West Literary Seminar website.