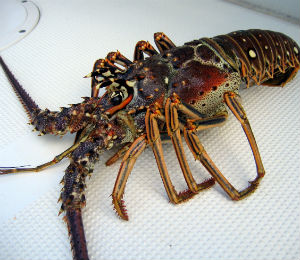 Key West Mini Lobster Season, also known as Spiny Lobster Sport Season, is a two-consecutive day season that allows fishermen and lobster hunters to catch as many lobsters as they can. The mini lobster season will always take place on the last Wednesday and Thursday of the month in July. In Key West, you can see boats lined up ready to catch some lobsters the day before, but it doesn’t officially start until 12:01 a.m. on Wednesday, and ends at midnight on Thursday. Be sure to check the Florida Fish and Wildlife website to double-check the times and dates, and abide by the Florida law.

For lobster mini season, it is suggested you book your charter boat as early as possible, as they get booked up quickly for the mini season. The crew and captains of the Key West charter boats know the lay of the land the best, and will be able to help to the best of their knowledge.

The Florida regulations for Monroe County is that the bag limit of lobster catches per person is 6 per day, while the rest of Florida (outside of Biscayne National Park and Monroe County is 12 lobsters per person per day. On the first day of mini lobster season, the possession limit of lobsters on the water is equal to the bag limit on first day, and second day should be double the bag limit. Possession limits are enforced both on and off the water. Night diving is prohibited in Monroe County during Lobster mini season. The minimum size of the carapace of the lobster must be larger than 3 inches, and must be measured in the water. Anyone fishing in Key West for mini lobster season is required to have some kind of measuring device at all times while on the boat.

Other prohibitions include, no one is allowed to harvest or remove an egg-bearing spiny lobster. Using any tool that will or could crush the shell or puncture the flesh of a lobster is strictly prohibited, in order to protect the lobster population. Recreational trapping is also prohibited during mini lobster season.

After mini lobster season ends, the normal regular Spiny Lobster season begins, lasting about 8 months, and the dates are always from August 6 to March 31.

For more information on the rules and regulation of mini lobster season, visit the Florida Fish and Wildlife website.