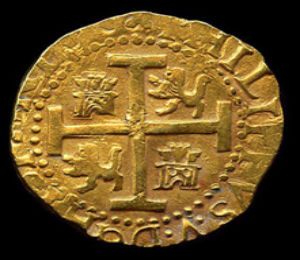 For any vacationers planning on visiting Key West toward the end of the month in July, will have a special festival, in which the whole family will be able to treasure memories from. This special festival is the golden opportunity to enjoy the nautical life of the Keys’ culture, and getting to meet some of the locals who are passionate about one thing: treasure. The event we’re speaking of is, of course, the Mel Fisher Days festival.

Mel Fisher is a famous treasure diver, who has found and uncovered over $400 million of gold and artifacts over the years, much of it uncovered around the waters of the Florida Keys. On July 20, 1985, Mel Fisher and his crew discovered the treasures after a 16 search for the sunken Spanish galleon Nuestra Senora de Atocha that held millions of dollars in treasure on the ocean floor. This galleon is said to have sunk in 1622.

Every year, the Fisher family commemorate the discovery of the galleon, and have a weekend festival for visitors and locals who are interested or passionate about the treasure diving world. Visitors may even get the chance to meet the son or grandson of the late and great Mel Fisher, and may get to see and hold some of the treasure that has been uncovered in the local waters.

All of the festivals efforts are to benefit the not-for-profit Mel Fisher Maritime Heritage Society, which helps run the Mel Fisher Maritime Museum, and is able to keep the education of historical shipwrecks and treasure alive for future generations. The Mel Fisher Days will have more than just getting close to the silver and gold, there is also plenty of things to do for the kids and families.

Some of the attractions around Key West for the Mel Fisher Days include a block party that is held on the 200 block of the famous Duval Street. During the block party, event goers will get to enjoy live bands, carnival games such as the beloved dunk tank. The adults are later encouraged try their luck and enter into the Midnight Gambler Poker Tournament. This poker tournament will start at 8 p.m. and set to last until about 2 a.m. on a catamaran. Another event of the festival is the Miss Atocha bikini contest, where women compete for the crown and title.

To wrap up the festival, there is usually a type of reunion of the original crew that discovered the Atocha galleon, and what it was like for them to find all the treasure. During the reunion, there will also be other treasure divers that will share their experiences of trying to find more treasure from the shipwreck.

For more information on dates and times of the events, feel free to visit the official Mel Fisher website.