The Birth Place of Pan-Am

The Birth Place of Pan-Am 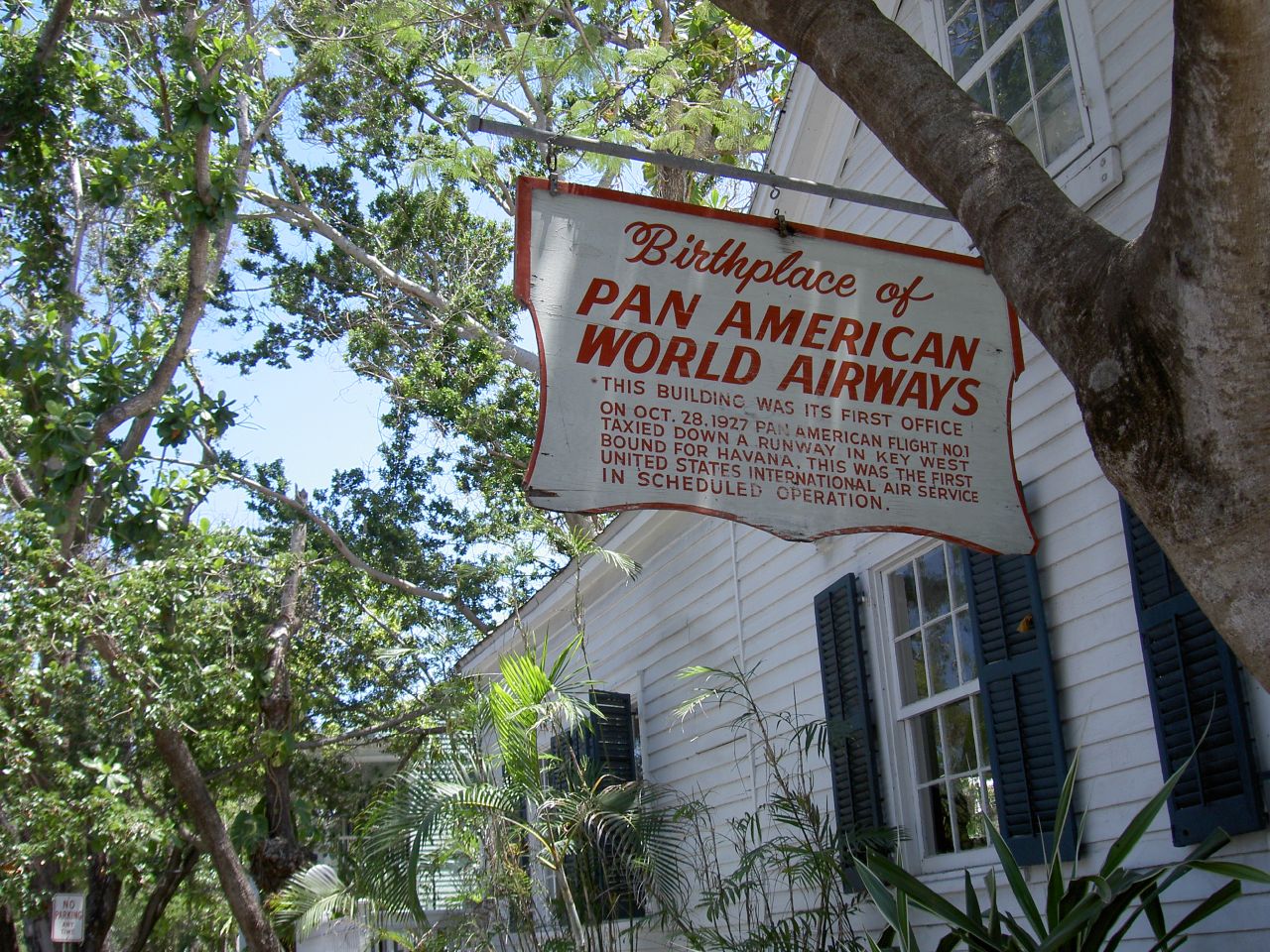 For many people, an arrival into Key West International Airport is one of the first things to do in Key West. The airport has some very interesting aviation history, as Key West is the birthplace of Pan-Am World Airways, commonly referred to as Pan-Am. The airline, which operated from 1927 to 1991, started its operations by providing scheduled passenger and air mail service between Key West and Havana, Cuba. Pan-Am's first mail delivery to Key West was made on October 19, 1927. Later, on January 16, 1928, seven passengers made Pan-Am's initial commercial flight, covering the distance of 90 miles between Key West and Havana. Pan-Am essentially made international travel one of the things to do in Key West. The airline soon became a major company and innovated many of the components that exist in the airline industry today, including computerized reservation systems.

The Pan-Am operations were relocated from Key West to Miami in 1934 due to the company's new Fokker F10 Tri-motor aircraft. Over the next few years, the airlines began operating service to Hong Kong, Manilla, Lisbon and Marseille. Pan-Am eventually reinstated service in Key West in 1935 after a major hurricane in Miami. By 1950, Pan-Am was operating scheduled flights all across the globe and subsequently changed their name to Pan American World Airways. At this point, Pan-Am's primary terminal was at John F. Kennedy's Worldport in New York. Pan-Am made a historic journey on October 26, 1958, traveling an 8.5 hour flight from New York to Paris with 111 passengers and a crew of 11. This specific flight introduced the world to jet travel and affordable airfares. By 1961, Pan-Am was earning over $450 million in annual revenues, and by 1970 over 11 million passengers had traveled more than twenty billion miles with the airline.

During the early 1970s, Pan-Am experienced a major downturn in business due to the reduced demand for air travel after the 1973 oil crises. In addition to the increased operated costs due to high jet fuel prices and overhead, Pan-Am had already invested in a fleet of new Boeing 747s to accommodate the expectations for increased air travel. By the mid 1970s, the airlines had accumulated $364 million in losses and its debt was close to $1 billion. Facing bankruptcy, Pan-Am president William Seawell was able to turn the airline around by reducing its network and staff. Due to this strategy and tax-loss credits, Pan-Am returned to making a profit in 1977.

By 1980, Pan-Am was facing an increasing amount of competition due to airline industry deregulation in 1978. Therefore, Pan-Am acquired National Airlines in 1980 to obtain additional domestic routes. This acquisition strained Pan-Am financially as fuel costs actually increased 157 percent during this period of poor economy. Throughout the 1980s, Pan-Am struggled and the airlines experienced operational cutbacks, a fleet restructuring and a sale of their entire Pacific Division. By 1991, Pan-Am was forced to file for bankruptcy and all remaining profitable assets were purchased by Delta Air Lines.