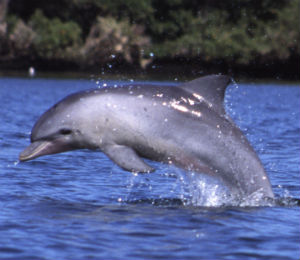 When considering things to do in Key West, taking a snorkeling excursion or glass bottom boat tour is a popular option. These activities provide visitors with the unique opportunity see some of the reef fish and other sea creatures that live in the waters surrounding Key West. To the delight of visitors, one of the most commonly spotted creatures in the local waters is the Atlantic Bottlenose Dolphin.