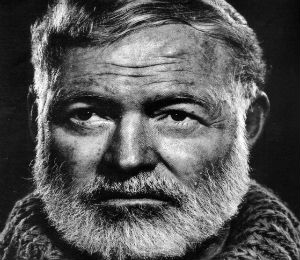 From writing his creative novels in his home and studio on Whitehead Street, to fishing for big game fish like Blue Marlins on his day out for some deep sea fishing, Ernest Hemingway made his mark on his beloved Key West since leaving it in the 1940’s. So naturally, Key West throws a festival in the accomplished author’s name. Anyone wanting to enjoy a Key West vacation and is a huge fan of Hemingway’s work will surely want to be here for all the outrageous things to do in Key West for this festival.

The Hemingway Days Festival will start off with a Key West Marlin Tournament, where anglers will compete for the $50,000 cash grand prize for marlin, spearfish, mahi mahi, tuna and wahoo. The next day is when locals and visitors alike get to have a meet and greet with all the “Papa” Hemingways that have traveled far and wide to enter into the world famous look-alike contest at the Smokin’ Tuna Saloon. Visitors also have the chance to meet past years’ winners that will be the current year’s judges of the contest. The contestants that enter the contest will compete for the prize and title at Hemingway’s favorite bar, Sloppy Joe’s.

Another great event within Hemingway Days is the Literary Events that the author’s granddaughter, Lorian Hemingway, has heavy involvement in. This event will award recognition to both talents from present and past. This event will include a free admission to the award ceremony, and guest will get to enjoy a reading from the year’s overall winner from the short story contest.

After that, guests can head over to Duval Street and get a kick out of the “Running with the Bulls” event. This event is a mock of the Spanish tradition, where locals let the bulls run wild and the people run with them in the streets, but since that isn’t possible in Key West, they made bulls out of bikes, and visitors will see over 100 Ernest Hemingway look alikes participate. The Running with the Bulls is sure to ensue hilarity and laughs. The Papa Hemingway Look-Alike Contest is shortly followed, so tune in to see who this year’s winner is.

One of the more famous and active events of Hemingway Days is the Hemingway 5K Sunset Run and Paddleboard Race. Said to be one of the most fun 5K to do in the world, this land-to-sea race is all made possible by being inspired by Hemingway and his love of sports. To finish up the festivities, Key West has a fun and serious competition to end things. The Sloppy Joe’s Annual Arm Wrestling Championship will be what wraps up the festivities and was one of Hemingway’s favorite past times to do at Sloppy Joe’s.

After all the events have ended, it is highly encouraged that his fans go take a tour of his lovely Hemingway House, and meet some of the descendants of his original six-toed cats. When visitors are done with that, we recommend booking a Key West offshore fishing charter and fish the same waters that Hemingway once did.